The two BNSF mainlines carry over 100 million gross tons of freight per mile each year.

Roughly 20 million tons of cargo passes through Lock and Dam No. 19 by Keokuk each year.

Access to the Mississippi River, a historic presence of railroad hubs, and an ever-expanding 4-lane highway network are just some of the numerous components that make up Southeast Iowa's dynamic transportation system. 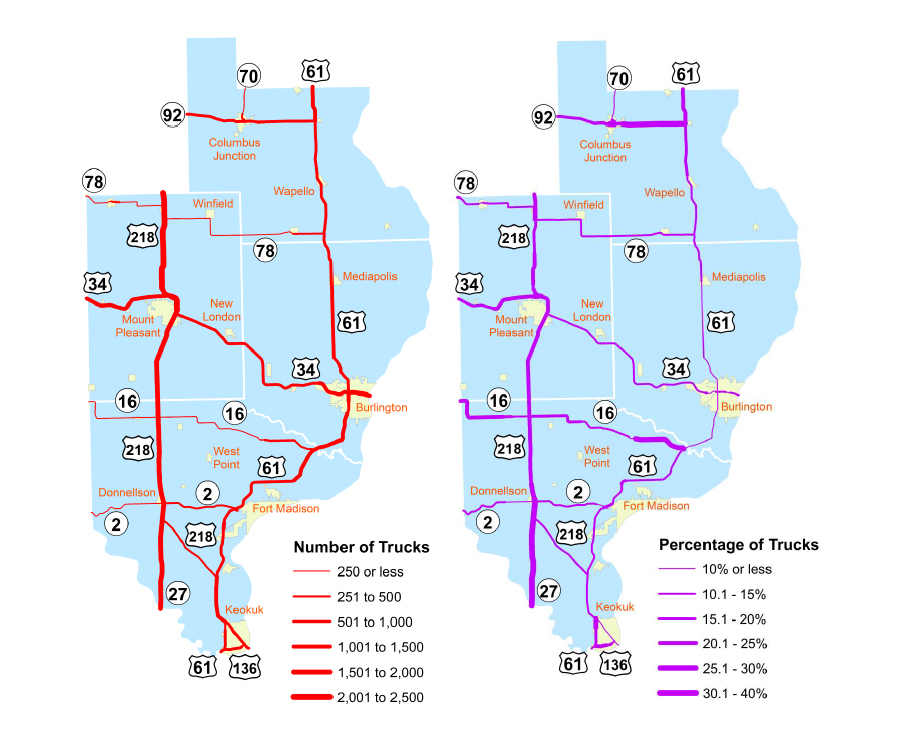